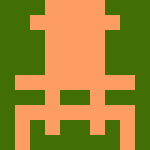 Recently, I was interviewed by Peter Hayward, host of FuturePod, a new source for practicing futurists, and shared how my work as a practicing futurist came about, and how I became an accidental academic, helping groups using visioning exercises t...

What if we ‘Led From The Future’?

Recently I had the privilege of being on the Dr.Nilda Show to share how I was drawn to the future as I started my career and why foresight is essential to leading business and society. I also shared what futurists talk about when they get together...

Having trained myself to think like a futurist, I was invited in 2002 to the founding meeting of the Association of Professional Futurists.

Toward a Foresight Competency Model

I will teach a one-day master course at the World Future Society this summer to precede their annual conference. I am calling it the Foresight Educator's BootCamp.

Recently I was asked me to develop a course that anyone could take on "how to think like a futurist." What emerged was a 16-week elective, A&amp;S 392: Contemporary Futurist Thought: From H.G. Wells to Ray Kurzweil.

Religious imagination first re-framed our quest toward tomorrow. Can it still move us in the twenty-first century to recreate our worlds?

Thank you for visiting JayGary.com. I created this site to help you reframe your future based on my latest papers, workshops, consulting, and features.

Forty years ago, America was gripped by Future Shock, so claimed Alvin Toffler. Are we seeing the eclipse of Future Shock as a younger, more adaptable workforce comes into its own?  Future Shock was a book released in 1970, but it was also an idea...

In the fall of 2011 I conducted a Real-time Delphi survey with members of Empowered21, entitled: "Outlook 2020: The future of Spirit-empowered Christianity."

Based on more than a decade of management consulting, in 2003 I formed PeakFutures as a firm to offer foresight training, research and assessments for teams and organizations.

How do we know whether a manager’s experiences and skills are sufficient to operate at a strategic level in an organization? What insight does recent research on strategic leadership shed on these challenges?

This paper views Sardar’s postnormal times as embryonic, and extends it using ecosystems theory. To develop Sardar's concept as a macrohistory, Holling's adaptive cycle and panarchical systems are proposed as mechanisms of change that create postn...

What is Your Foresight Style?

Psychologists have told us that humans are distinct in their ability to think forward. To what degree is foresight an innate human function of our brain power, or thinking preferences?

Leading from the Future

What has occupied your executive team’s attention the past three years? Chances are you have been restructuring departments or reengineering core programs for immediate gain, rather than regenerating your strategies or reinventing your organizatio...