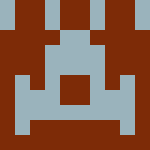 Nathan Smith
Location: Cedar Park, Texas, United States
nathansmithbooks.com
Facebook Twitter
I was raised as a Mormon and have gone through the whole gamut, up to and including serving a two-year mission in California. In the three years following that time my views have shifted fundamentally, though I would still consider myself Mormon. I've been interested in transhumanism since I was a teenager, after first encountering the Mormon Transhumanist Association. I was fascinated with how it privileged and dovetailed with the components of Mormon thought that I most loved: an understanding of the infinite capacity of human beings and humanity in general, the pathology of death and the need for resurrection of the body and the world, and an uncompromising insistence on life and relationships. My views have evolved a good deal since then, but my interest in transhumanism has only deepened. After my time as a missionary, I was introduced to Alan Watts, and subsequently to a good deal of Eastern thought and religion. I turned to meditation in general out of a personal need to deal with some negative experiences I had as a missionary, and in that I encountered psychology and really fell head over heels for the field. I don't know if I have a neat label nowadays, but I'm interested in discussing what may be our most decisive problems from multiple angles to find the right responses. I’ve personally benefited from the deep civility and adventurousness of this group. No one’s perfect, but the CTA seems sincerely and uncompromisingly invested in the conversation of how to introduce Christian perspectives into transhumanism and how to help Christianity evolve into the rapidly accelerating 21st century. Not only do I admire this community, but I think we’re producing genuine value at the bleeding edge of religious development and religious transhumanism in general. I think a risk we should be mindful of is becoming too remote from the "mainstream," to a point that transhumanism becomes another alien group rather than a disposition toward technology and mortality in general. I'd hate to see Christian transhumanism become just another de facto denomination, rather than a set of principles, say, that could benefit individuals of varying backgrounds.
Nathan Smith joined: March 22, 2018