A Transhumanist and Jehovah's Witness 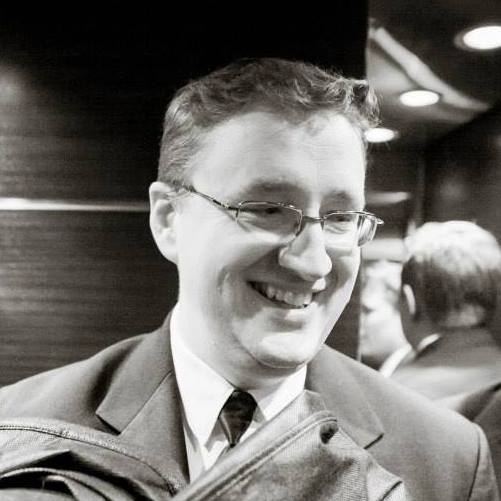 Growing up in a community as tight-knit, but which occupies such a public space, as Jehovah's Witnesses has always been an exercise in balance. Balancing the priorities laid upon you as a citizen of this world, with the expectations, duties, and sacrifices of personal time and professional advancement for the world to come, is something most practicing members of the faith know well. We are taught (in my case, from birth) that our duty is to share the good news about Jesus Christ and the Kingdom of God—that a new and better world is just around the corner.

This is a world that is not merely future, but already slowly manifesting itself in the present, through the explosion of knowledge that has been attendant to the last two centuries (Daniel 12:4). Not only has biblical scholarship increased its scope and power, but so has the means to communicate its message earth-wide. As the leaders of the precursor movement to modern Jehovah's Witnesses (known as Bible Students) used to say, Science is the infrastructure of God's Kingdom.

You might suppose given that start, that the route from Jehovah's Witness to a certain brand of transhumanism might seem like a straight line. You'd be wrong. By the time I was a teenager, I had lost all faith in the Bible. God might exist, I supposed, but if he or she or it did, he/she/it didn't seem terribly interested in me or anyone I cared about. For a while I entertained the philosopher's God, at other times a notion like the Dao. It obsessed me to no end. I studied the great religions East and West, Abrahamic, Hindu and Buddhist, traditional and new age.

In my heart of hearts, though, I was still that kid sitting in the Kingdom Hall (where Jehovah's Witnesses meet for worship), imagining what Jesus looked like, if the heavenly new Jerusalem actually had streets of gold, or if Jehovah preferred to be called Yahweh, the Hebrew version of the Divine Name. I dreamt of Moses, the burning bush, the climactic battle of Armageddon. I found myself drawing Solomon's temple, doodling the garments of the high priest when I had paper handy. In short, whatever else I was, I was culturally Christian to the bone.

In that milieu I discovered transhumanism, thanks to the work of Ray Kurzweil. The prodigious inventor, author and transhumanist laid out a vision for the future that at once seemed familiar. Soon, perhaps in mere decades, we might conquer aging, disease, and ultimately death. We'd think faster, be more connected to each other emotionally and mentally, our power and reach would grow, and compassion would win the day. He called it the Singularity. I began calling it the Return of Christ.

In Jehovah's Witness theology, Jesus will return spiritually. There is no literal, bodily descent from heaven in our teaching, because Jesus now has a spiritual rather than fleshly body (cf 1 Corinthians 15:42-45). He would, invisibly to human eyes, begin to change the world—to perfect it, and human beings with it. The Singularity as a concept was not dissimilar. It would mark a moment of great change, the end of human history as we knew it, and the beginning of something fundamentally new and different.

Being raised to expect that the 1,000-year reign of Christ was just around the corner, talk of the Singularity made me believe something like it was possible. And not only possible, but something I could actively work toward.

Just as the religious leaders of the Jewish people in the first century were not looking for a humble carpenter's son—from a no-account village, uncomfortably close to Gentile cities, and keeping company with a gaggle of illiterate fishermen, tax collectors, and former prostitutes—for their Messiah, so many scoff at the idea of a technological singularity having anything to do with ancient biblical prophecies. Perhaps, though, the explosion of intelligence expected sometime in this century might likewise be a manifestation of the risen Christ.

Who is to say? The Singularity as a concept has flaws, as any human idea will, but it's the best-case scenario we have for a better future, and one I firmly believe we ought to look toward. Indeed, one we should actively work to bring about.

As a Jehovah's Witness, I have a framework in place that allows me to build towards that brighter future. One of the greatest gifts we as Christians have is the example of Jesus Christ, the Bible, and the example of faithful ones throughout history. We have a gospel, a hope, and a message of salvation both to share and to live out. The cultural impact of a message of peace—but also of a moral duty towards our fellowman—cannot be overestimated. If preached with humility, respect, and genuine love, it can change the course of civilization.